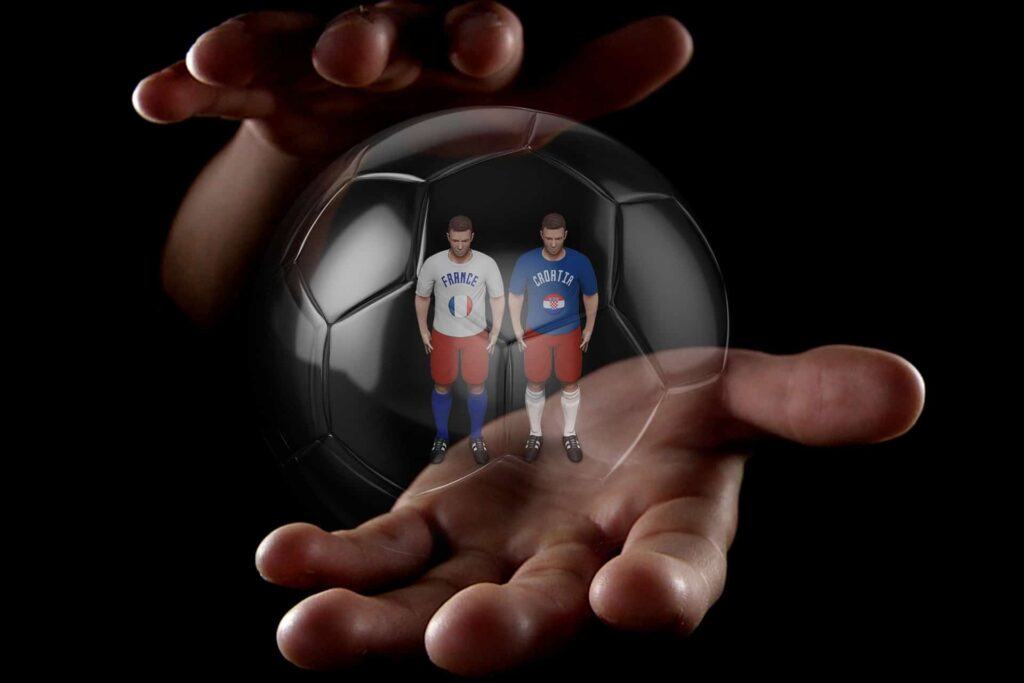 If you’re more comfortable with discussing the Quidditch World Cup rather than the FIFA World Cup, it doesn’t matter nowadays.  Whether you’re a football fan or not, FIFA fever is high, and you can see it all over your news feed. Half of humanity had caught the FIFA World Cup fever. Fans from across the globe are going crazy about their favorite teams & players, people traveled to Russia to support their favorite teams.

Within some of the Asian countries like Pakistan, India, who weren’t even close to qualifying for FIFA, you might find some of the craziest fans at the moment. Football experts discussing, analyzing, betting, & predicting the FIFA as fox sports critics for no reason at all. 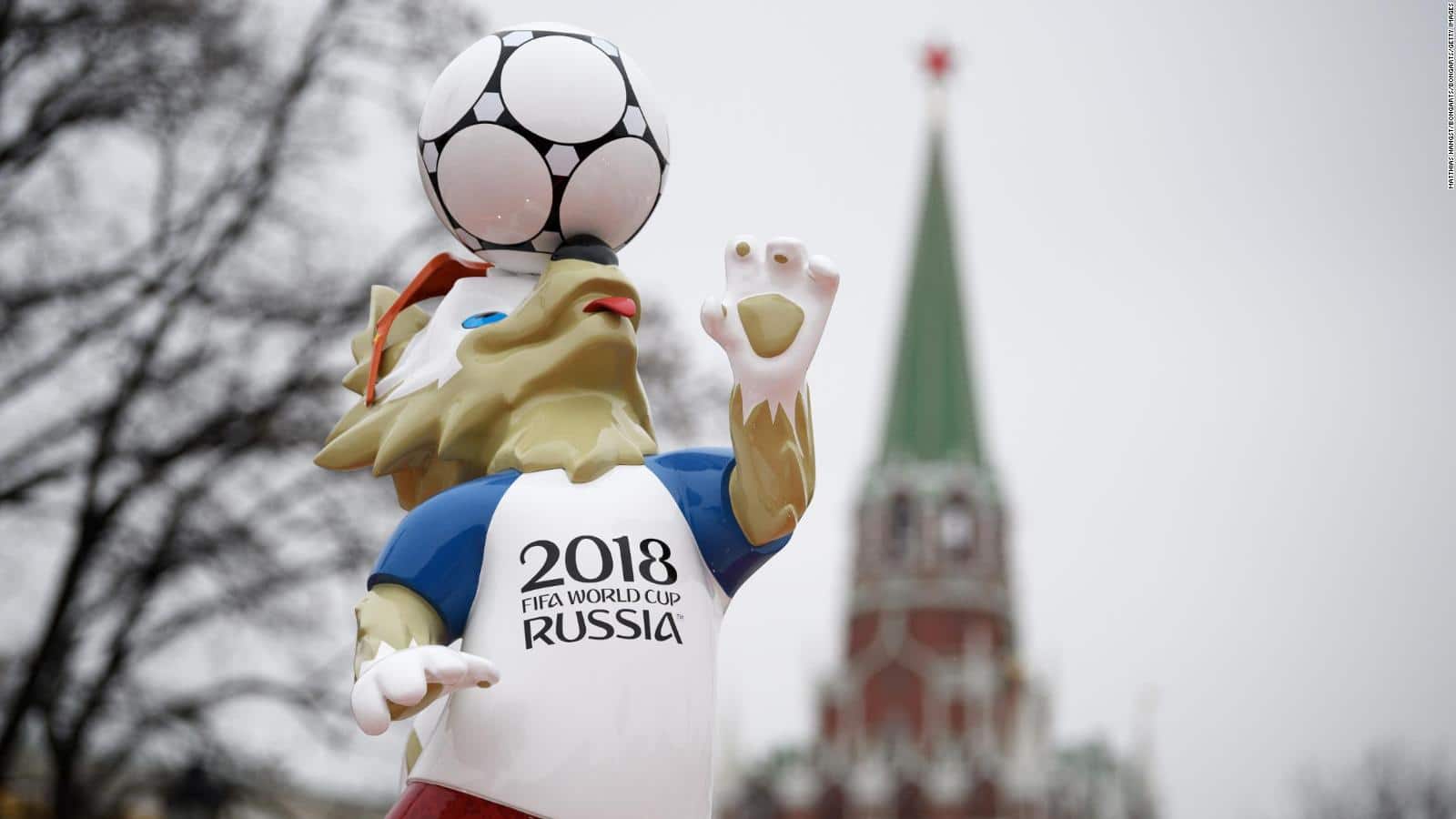 This whole sports tournament transformed into the biggest celebration of the year. After all the drama & surprises, with France beating Croatia in the final match, the world cup has ended on the 15thof July, declaring France as the FIFA World Cup Champion for the next four years. 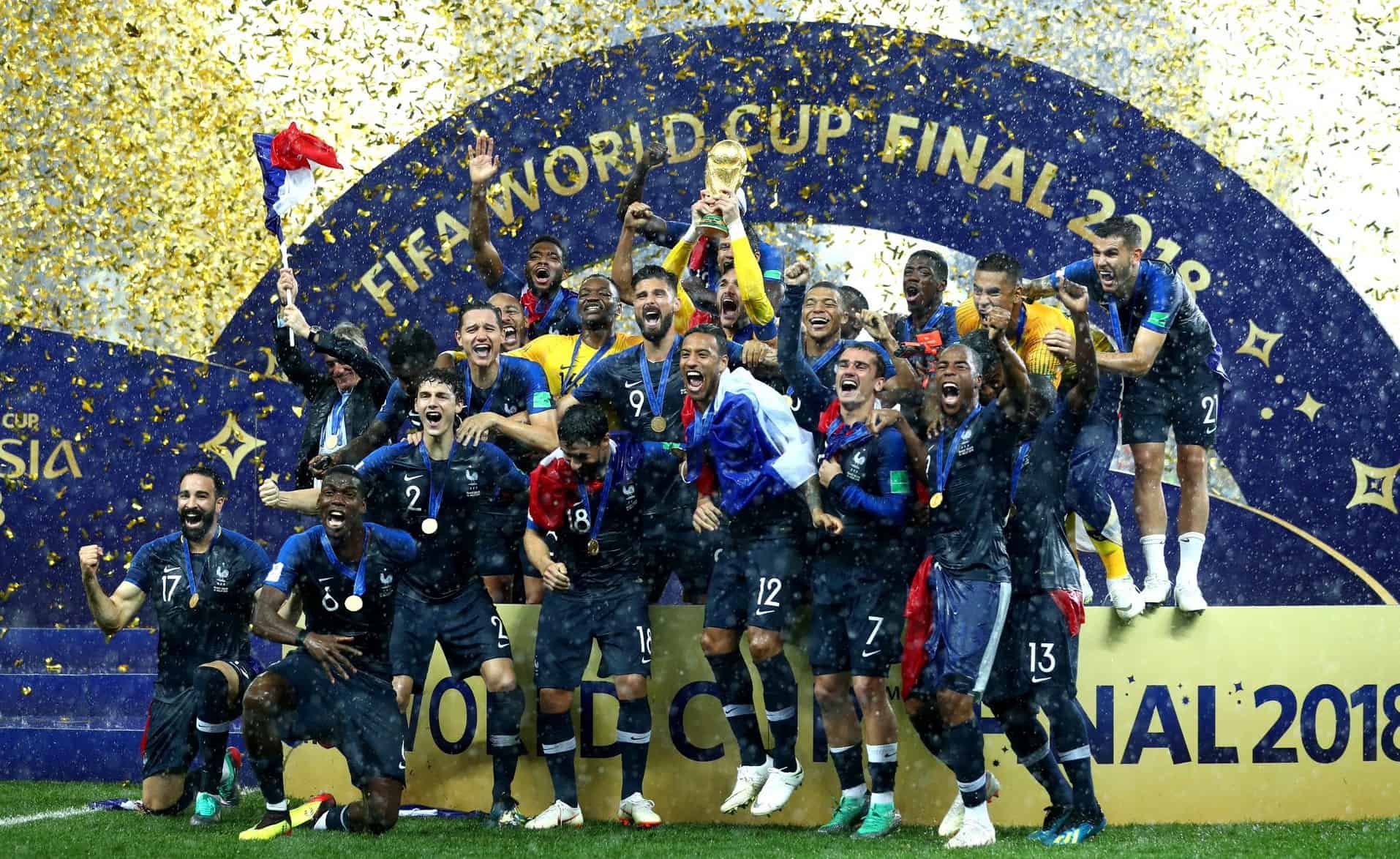 How To Survive In The Recent Football-Obsessed World If You Don’t Like Football? How France Won The World Cup Final?

Or the most provoking ones,

Social media lessons to be learned from Fifa 2018

As France & Croatia played for the final match, surprisingly, none of the pre-tournament favorite teams like Brazil, Spain, Germany, or Argentina could make it to the finals. All were kicked out before the semi-finals. 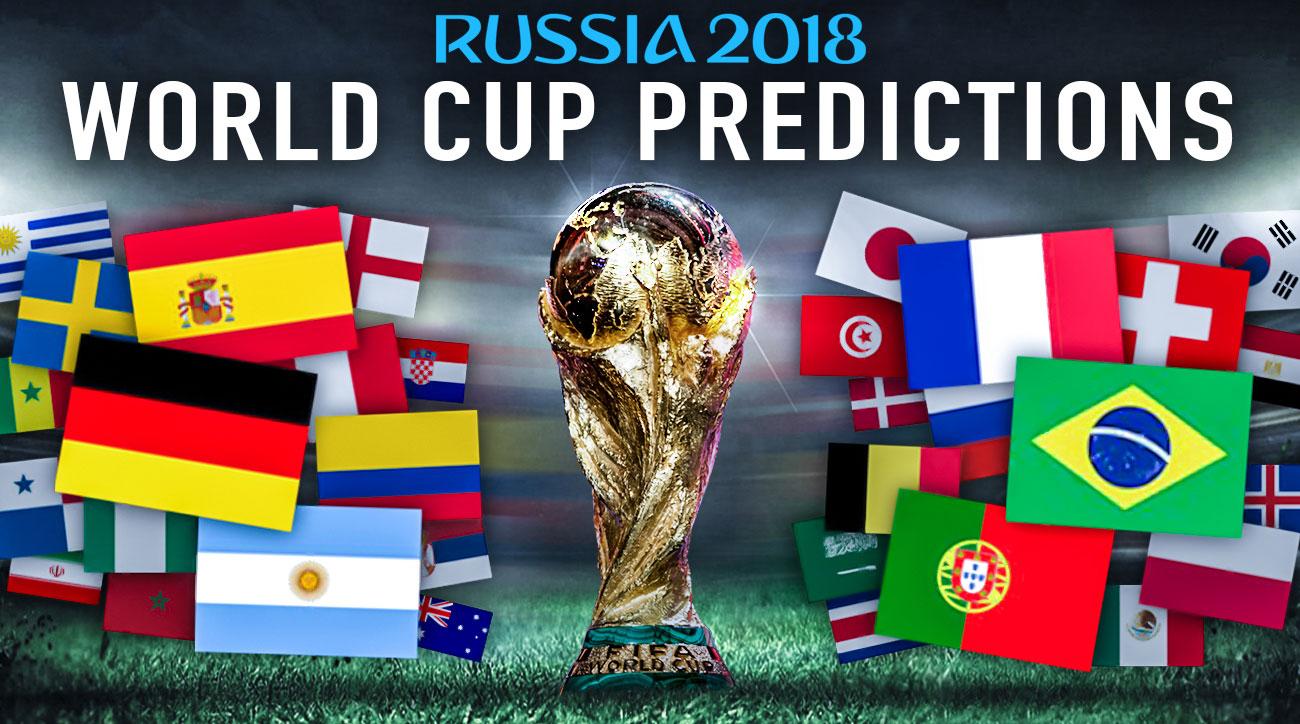 While this not only gives fans a lesson but also the social media world.

[bctt tweet=”Your game has to live up to the tag.” username=”socialchampsays”]

For all the social media marketers who have been trying to tackle with their social media management strategies, need to understand that their product or service’s performance should justify the “being favorite” impression. Or else they would get knocked out.

Users & investors are getting more educated about the privileges today. Which is changing the underway in the marketplace. Being a favorite is not enough for your customers. One has to be persistent in delivering quality content to let them love you & be with your product/service for a long time.

“To be a consistent winner means preparing not just one day, one month or even one year – but for a lifetime.” – Bill Rodgers

2. Depending on star player 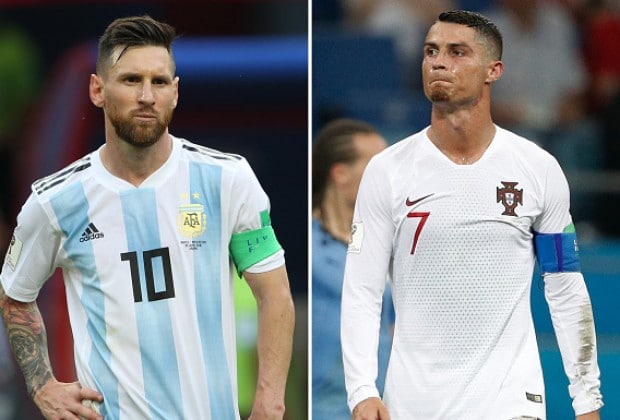 Over-dependence on a star player like Lionel Messi & Cristiano Ronaldo, which teams like Argentina & Portugal did, let them lost their way. This can also happen with the brands that are only depending on one social media platform for their branding campaigns.

Many businesses think of social media as a jam-packed space to build brand awareness & just stick to one social platform, which is mostly Facebook. The whole idea of social media management can be quite overwhelming, especially for those who have been in traditional marketing for a while. Every social media platform has its own significance & if you need to survive in today’s online marketing. Being omnipresent is the key to it.

Keeping your brand’s nature in mind, you can rule the social media world. But demographics can’t be neglected, for example, Tumblr can’t be an agreeable option if your company is a steel manufacturer, as it’s primary demographic is mostly teens in early twenties, who are definitely not interested in steel manufacturing. In fact, LinkedIn would be a better option as it’s a B2B nature network that attracts business owners. To start correctly, you should first take a look at the demographics of social media platforms you’re planning to rule.

But there are other members, who might need your attention like YouTube, LinkedIn, Google+, Reddit, Flickr, Tumblr, Snapchat, Quora, Pinterest, Meetup, etc. that can also play well. To manage all of your social accounts & post to all social media at once luckily, “there are many social media management tools available like Social Champ which can help you in monitoring authentic engagements, discussions, & interactions, & it all depends on how well you are using them.”

3. Plan B is crucial

One of the most talented & dominant sides of the world in football, Spain, was swept out by Russia & left the world disconcerted. Just because they thought that the possession-based tactic “Tiki-Taka style,” which conquered the last two World Cups can be their savior this time too.

“In Russia, that virtue became a vice, and tiki-taka became a caricature of itself.” 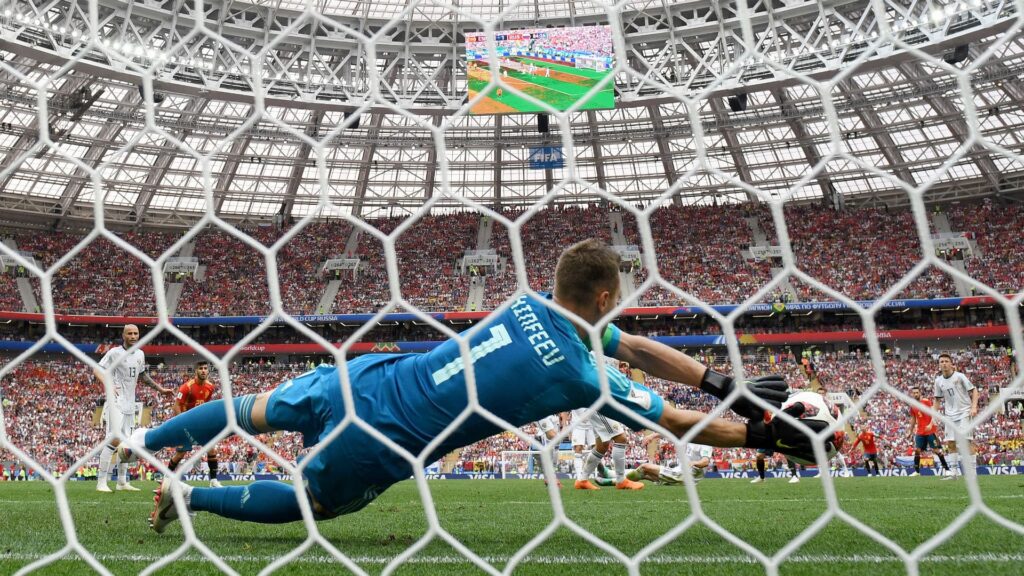 This critical failure of Spain shows that whether it’s football or a social media strategy, you should always have a PLAN B in the backup. In case you need to approach the world from a different perspective. Maybe this is the right time to upgrade your brand strategy according to the recent digital marketing tactics.

4. Having faith in yourself

With all the other history breaking records this FIFA World Cup has presented, one of the most interesting was the Final match played for the title on Sunday, between such widely unlike teams as France and Croatia.

France has been an established soccer power for 20 years, while for Croatia it was always “Game That Never Took Place.” Croatia is the second smallest nation to make into a World Cup final. If this couldn’t motivate you to keep moving forward then what else can?

Luka Modrić, the captain of the Croatian team while speaking to the reporters, said:

“No matter what happens in the final, this is the greatest success story in Croatian sport. But we all have the desire to be the champions. We are full of confidence, we have character and we have everything a team needs to be world champions.” – Luka Modrić

Having faith in your idea is the most crucial thing ever, either if you’re launching your own business start-up or developing a digital strategy for the existing one. The entrepreneurs who keep themselves motivated through their tough times are the only ones to survive with success stories.

This World Cup 2018, Brazilian star Neymar has not only shown his football skills but also displayed some of the acting skills on the field. According to USA Today:

“Neymar is the most expensive player in soccer history, one of the finest players in the world, a national hero, a cultural icon, a potential World Cup champion and an absolute embarrassment. You know the ones, where he gives a blood-curdling shriek that points to mortal peril. Or writhes on the ground, squirming as if his organs are shutting down and his capacity for the normal function has left him. Only to find himself, moments later, back on his feet and sprinting at full tilt. A newcomer to the sport must marvel that he has remarkable powers of recovery.”

[bctt tweet=”When you’re a social media influencer or marketing your brand through social media platforms, you can’t just pretend how Neymar did.” username=”socialchampsays”] 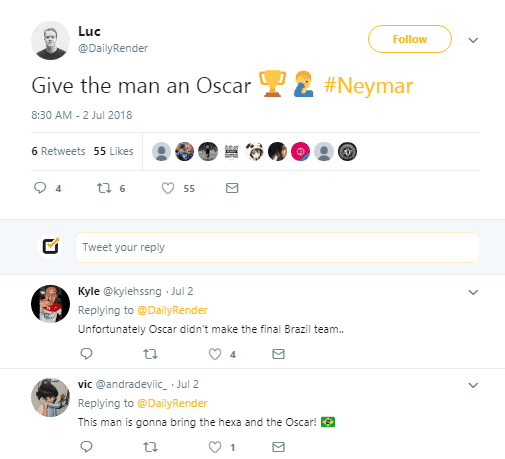 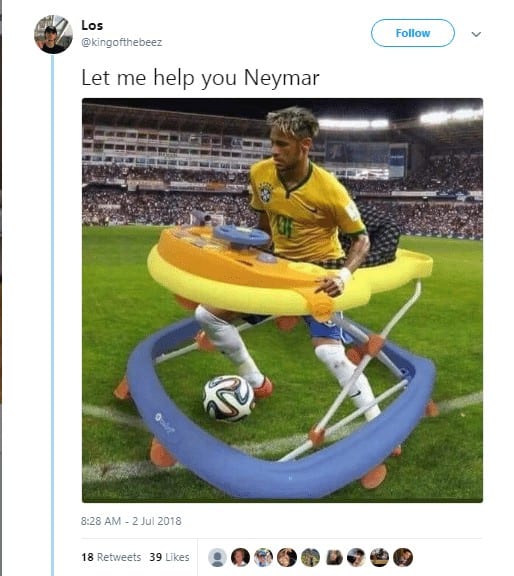 Users are getting smarter today than their phones. It’s crucial to show the real face of your brand or you rather than pretending to be something else.

“A brand is no longer what we tell the consumer it is — it is what consumers tell each other it is.” – Scott Cook

Keep in mind that “Authenticity is the key.” If you portray your brand/product as an ideal one or fool your customers by offers that you’re not offering, it wouldn’t last long online. 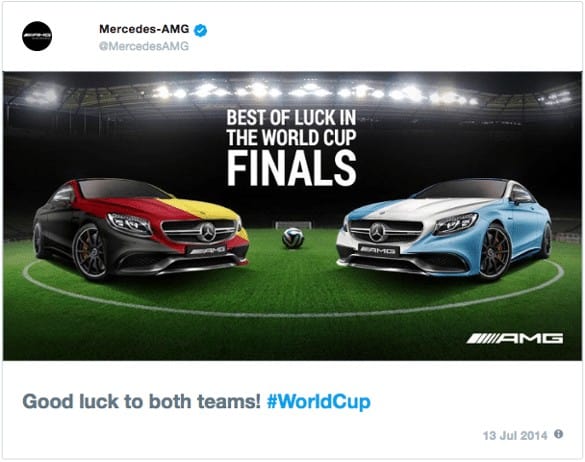 No matter what you feel about the sports or wonder how it will link with your brand image, no one can deny the fact that football is the most-watched sports around the globe, & advertising campaigns for the World Cup can drive engagement & bring the best for you. Many brands have been planning & strategizing the 2018 FIFA World Cup, for the brand strategy before it even started. A few examples of brands who won in digital marketing during the World Cup are:

Lastly, the FIFA World Cup Russia 2018 has ended with all its glory & celebrations, declaring France as the Champions for the next four years, & finally giving the world a chance to think of something else other than football.

[bctt tweet=”This FIFA World Cup not only gave the fans incredible moments to cherish but also had some of the powerful lessons that you can implement to make your social marketing strategy a triumph. After all, you wouldn’t like your competitors to haunt you like Paul Pogba did with the trophy & “It’s Coming Home.”” username=”@socialchampsays”] 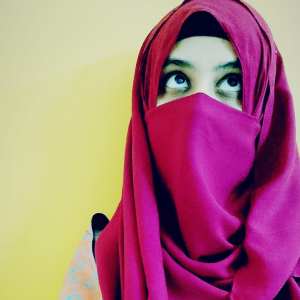 Why Is Community the Most Important Element in Social Media? John Lusher Interview Explains

Successful people with millions of followers and a humble attitude are hard to find. And you know you are really lucky if they take out time from their too-hard-to-imagine busy 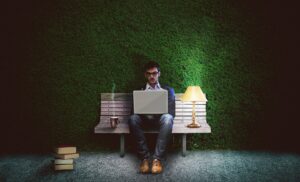 Boss The Copywriting Route To Dominate Any Social Media Platform

The social media world is getting noisier every day, with more than 30 billion pieces of content shared per month on Facebook alone, competition for people’s attention is getting more fierce and 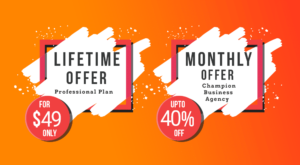 New Year Treat: Enjoy Professional Plan for 49$ lifetime & 40% OFF on All Plans.

Valid up to (1st Jan 2018 – 28th Feb 2018) New Year is just about to be welcomed with exciting offers and schemes worldwide. This year, take a break from