It all started in 2004, when a Harvard undergrad Zuckerberg got a noteworthy idea of connecting people around the world through a social network, & started working on the project called “The Facebook”. A friend asked him that why people are going to give him their personal information & how is he going to manage more than 4,000 emails, photos & other bits of personal data shared by other fellows to which Mark Zuckerberg replied “I don’t know, people just submitted it. They trust me (followed by a curse word)”. Later in 2010 when it was leaked by a tech website, the CEO expressed his regret & considered it as a “teenage mistake” by saying that he had grown & learned a lot from his mistakes.

Fast forward to 2018, and here we are with 33 years old, all grown-up co-founder of Facebook, Mark Zuckerberg & a luggage of data privacy crisis, anger users, an intense inquiry by lawmakers & panicked investors all around the world.

Privacy is not an option, and it shouldn’t be the price we accept for just getting on the Internet. – Gary Kovacs

In Jan 2018 when strict Europe’s data protection law called GDPR, was released which was going to be in action in May, Facebook also started to confront it. To explain the users on how they can task more control on their data Facebook released a set of privacy principles further.

“In addition to comprehensive privacy reviews, we put products through rigorous data security testing. We also meet with regulators, legislators and privacy experts around the world to get input on our data practices and policies,” – Facebook’s team – January.

Facebook was ordered by the Belgian court to stop tracking people around the Internet in February 2018. It was asked to stop using private information of Belgian users & delete all the illegally collected data from Belgians, through cookies on third-party sites. Facebook’s response to this was that

“It was compiled with European data protection laws and gives people the choice to opt out of data collection on third-party websites and applications.”

In March, Facebook’s data privacy scandal with Cambridge Analytica was revamped & ended up with a simple apology tour by Zuckerberg. It was revealed that the data theft involved around 50 million user’s personal data been siphoned without their consent.

“We will learn from this experience to secure our platform further and make our community safer for everyone going forward,” Zuckerberg posted on his Facebook wall.

On 11th of April, the whole world witnessed the brutal treatment Mark Zuckerberg had to face by the Senate & the House of Representatives in his Congressional Testimony. Even though he tried to stick to the script & dodge the questions related to data privacy, he is now being pressing hard by many people on different social mediums to respond to the “Facebook’s extensive tracking of user’s data across the Internet.”

“Mr. Zuckerberg admitted that the company’s effort to find and stop the Russian meddling was “slow,” and called that failure one of his greatest regrets.”

May was the month for F8 2018, which bring many announcements related to new releases & data control. This two-day event was a great opportunity for the CEO to clear many questions raised regarding the privacy policies & social media marketing tools updates. Facebook’s CEO & the team tried enough to make people believe in their app. With all the controversies going on & when response or apologies were expected from the CEO, here is what he had to say’
“This has been an intense year! I can’t believe we’re only four months in, I know it hasn’t been easy being a developer these last couple of months. And that’s an understatement. ” he further said, “There’s no guarantee that we get this right, this is hard stuff. We will make mistakes, and they will have consequences, and we will have to fix them. But what I can guarantee is that if we don’t work on this, the world isn’t moving in this direction by itself. That is what we are all here to do.”
For further details regarding the event, we recommend reading “F8 2018: Focusing on Connecting the World with the Future of the Social Media Apps”.

There are many Social Media Management Apps like Social Champ which are directly linked with these social networking platforms to schedule, manage & control the overall content for generating & running successful digital marketing strategies.
Facebook’s latest privacy update which will be affected from 26 July 2018 demonstrates that now you are no longer capable of connecting your Facebook’s personal profiles to Social Management Tools for publishing.

Facebook is making a lot of changes to improve their privacy controls & to prevent spam or misuse. This new update is also a part of it, which says that the third-party apps like Social Champ wouldn’t be able to publish or post on personal profile on your behalf.
Facebook offers the user two type of profiles; one is your personal account & the second is the Facebook Page. If you’re using any Social media management tool like Social Champ, it still will continue supporting Facebook Pages or your business profiles. You can still add and schedule posts for Facebook Pages and Facebook Groups. The motive behind this change is to discourage the misuse of personal accounts & to improve their ecosystem.
Let’s see how this change is going to mark positively on small businesses who are using healthy social media strategies with management tools like Social Champ for bulk uploading & scheduling.
The above change is going to be activated on 26, July 2018. 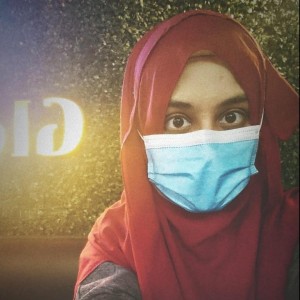 Single Tap Marketing, What does it Bring to Your Brand Success?

You have great content, you are familiar with hit strategies to be a brand or you have applied these strategies and run successful marketing campaigns so far. Then it’s time

In Champ Life Series, this month we have Jonathan Aufray a.k.a The Growth Hacker, who is the co-founder and CEO at Growth Hackers, works with startups and Small and Medium 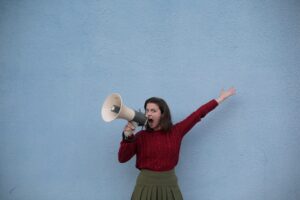 How to Voice Tweet? ‘Human Touch’ for iOS Users Only.

Twitter is the go-to place when it comes to knowing what is happening all over the world, especially to know how to voice tweet. In the past few years, Twitter