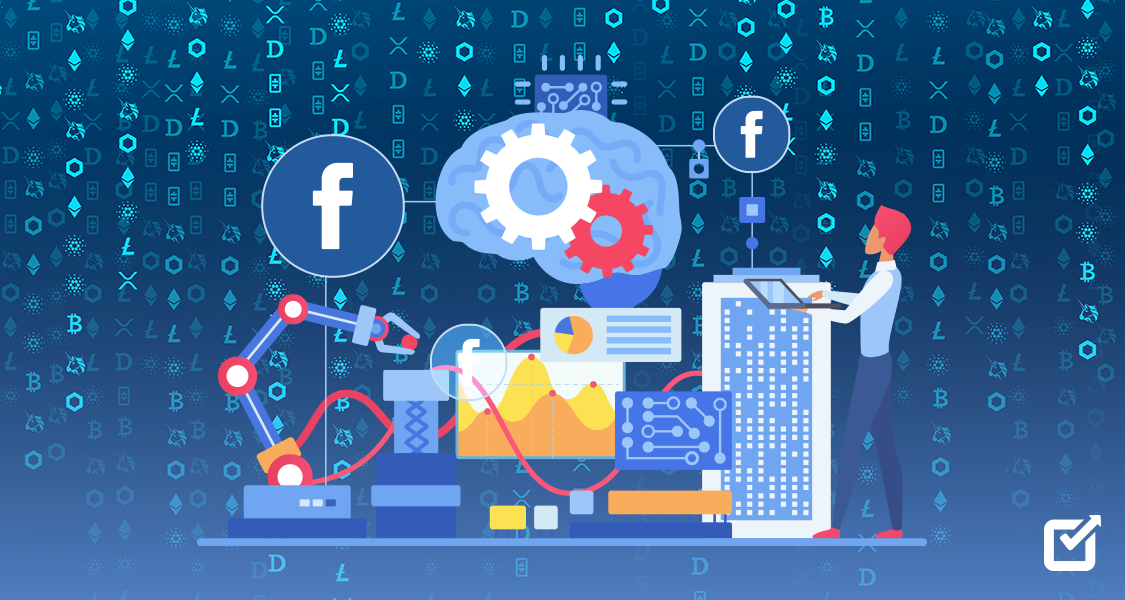 Inside the Box of the Facebook Algorithm 2022 and How It Works?

‘Dear Facebook Algorithm, What are you up to these days? I feel like you are constantly changing the way that I see posts on my feed’. We all have these types of thoughts running in our minds.

With the new changes in the World, Facebook has been continuously evolving and changing. Facebook is an excellent platform that makes almost anything. With nearly one billion active users, you are bound to find someone who shares your interests. The Facebook algorithm has gone through changes to make it more efficient and work better for everyone.

For instance, they changed the news feed to prioritize posts from friends, pages you are subscribed to, posts shared on Facebook Live, posts from pages you are following, posts on the same topic up to your friends, and photos. They also improved the search feature on Facebook, and many other changes can be easily seen.

The Facebook algorithm is pretty innovative. It continues to change but never unleashes its actual card. Want to explore more?

Hold your Pumpkin Latte, sit back as we are ready to dive into the whole new world of the Facebook algorithm.

Facebook’s algorithm is what determines your feed. It sorts through all of your posts and decides which ones are more interesting to you than others. The more engaging posts get pushed higher on your news feed. Since Facebook is constantly changing its algorithm, it is challenging to keep up with the changes.

The algorithm considers your past interactions within Facebook, what you currently have open, and what other people are doing to decide what should be shown on your feed.

Facebook continues to upgrade its algorithm but do you know how it all started? Here we have narrowed down all the Facebook algorithm changes that have gone down since 2006.

Let’s walk to memory lane and look at how gradually it has changed.

2006 – The Launch of News Feed and Status Update

Facebook launched the concept of the news feed and status update back in 2006.

At first, you have to search for people to see their updates and other stuff manually, but the launch of the news feed made it more accessible.

Instead of only receiving notifications and messages, users began to see the status updates of their friends they are connected with. 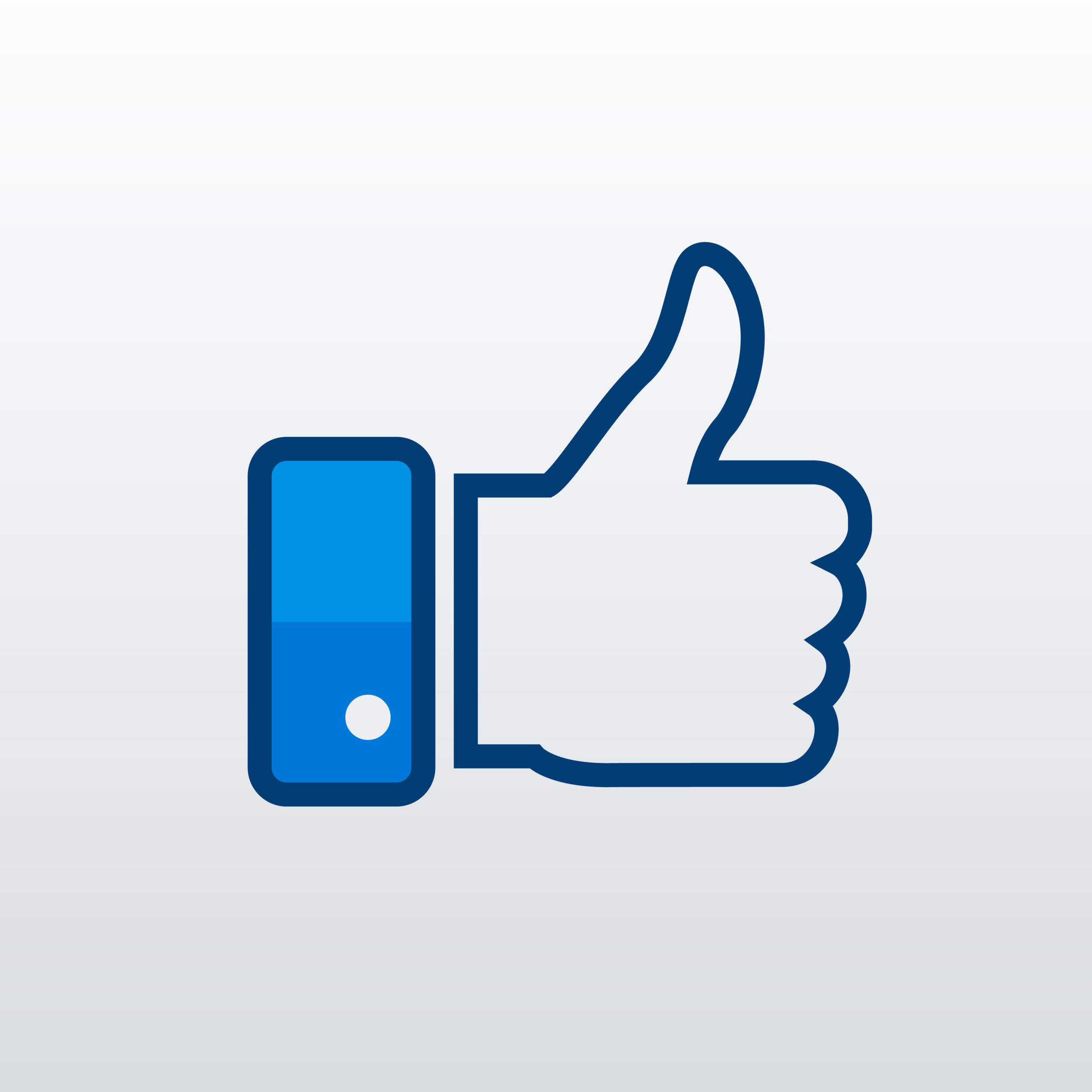 The blue Like button was introduced in 2007. The addition of the Like button made interaction easier and simple. Users can interact with others’ posts by liking their status updates, pictures, and videos.

It’s been 14 years since we had the Like button with us!

Moving forward to 2009, then it was the time when Facebook launched the news feed filters. The Facebook algorithm was born in 2009 when Facebook decided to set the reverse-chronological news feed. This meant that posts with higher engagement would show first.

Next, we have 2011, and the significant change was the combined News Feed. Instead of showing the posts with higher engagement, people could see the most relevant content from their friends at any given time.

Remember getting notifications of your friends’ activity back in those days?

In 2013, Facebook announced a few changes in the News Feed algorithm. Facebook decided to show the most high-quality content to the users. Moreover, Facebook redesigned the News Feed for better visual appearance and, of course, increased engagement levels. 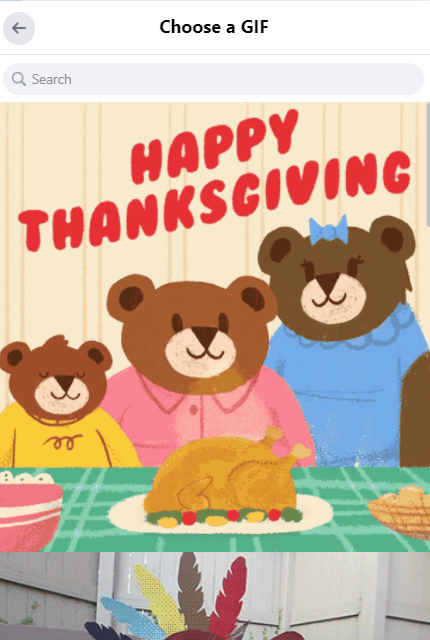 Let’s have a look at what 2015 brought to Facebook.

2016 – Addition of Colors to Text-Based Posts 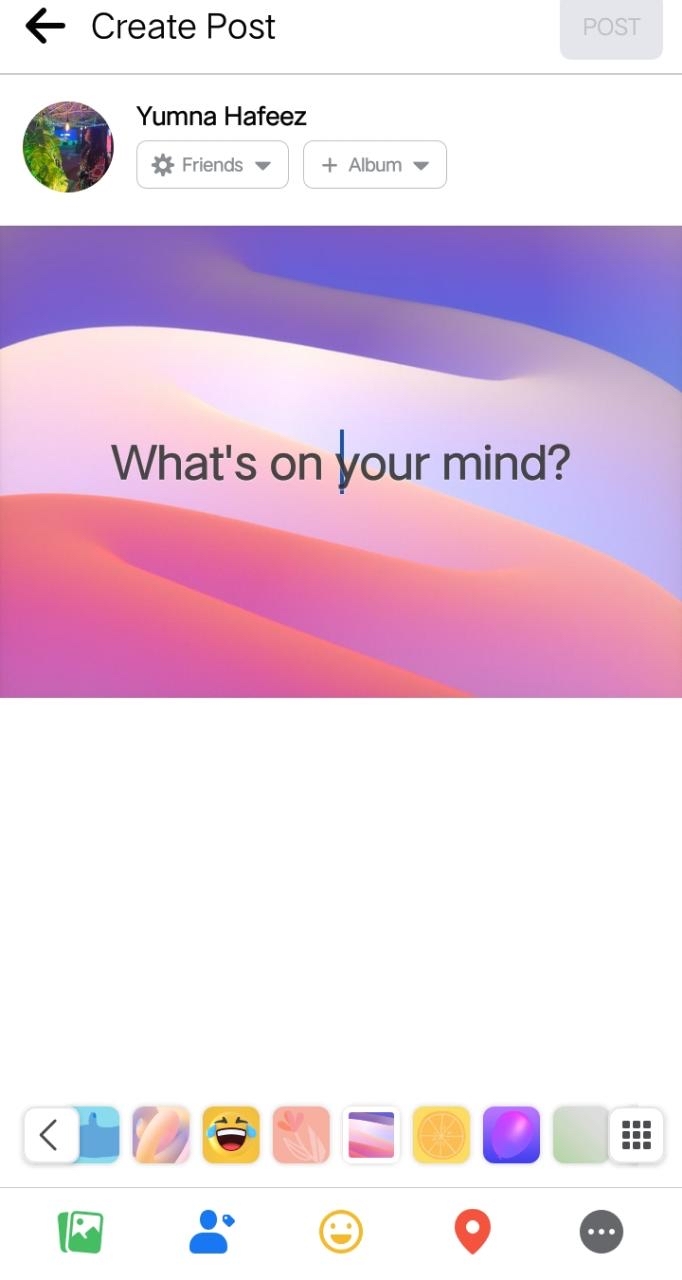 Who doesn’t love to add colors to text-based posts on Facebook? Of course, everyone would love to do it. 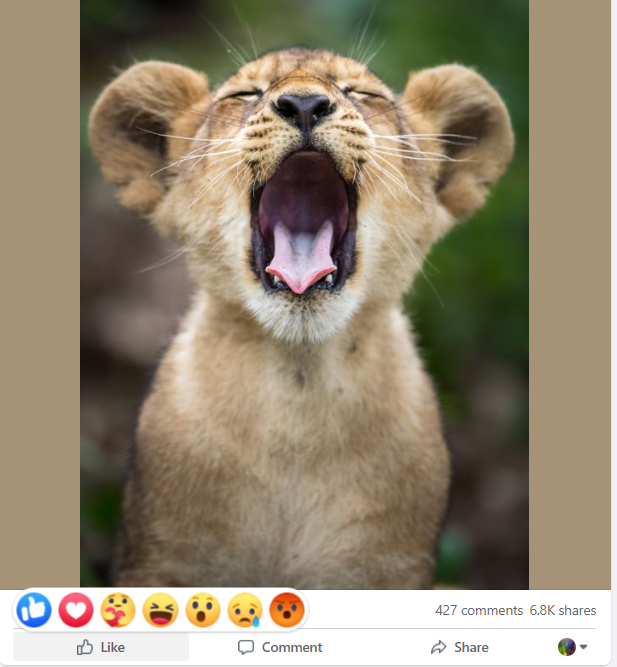 We all love those cute reactions from Facebook, right?

Facebook moved towards increasing engagements in 2018 and prioritized the posts with higher concentration so that users can have meaningful interaction.

Another update was Facebook’s 3D photos. Users can see and share 3D photos on their status updates with their friends.

Facebook upgraded the algorithm again in 2019. The significant change was the distribution of quality and original video content.

Another change was Facebook focused on News Feed highlights and close friend content, including user interactions, check-ins, and tagging.

For the most part, the idea of the Facebook algorithm is a mystery to most people. That’s because up until now, Facebook’s algorithm mainly focused on prioritizing what users saw in their News Feed. This resulted in a filtered view of what was important and exciting to the user. But in the coming years, this will change.

With new advances in technology, the Facebook algorithm will shift to emphasize priorities such as what time users log on and how long they spend browsing the News Feed. The goal is to personalize the content to make users feel more in control and less overwhelmed. This is both a change that users and brands can embrace.

Facebook has been working on how to improve its algorithm to surface the best content to the people who are most likely to engage with it, which should lead to fewer interruptions for users.

The Facebook algorithm ensures that all Facebook users get the most relevant updates, news, and information they are interested in. It is by no means an easy algorithm to crack, but some ranking factors are well known.

How Do You Get the Most Out of the Facebook Algorithm Changes?

Facebook has been setting some new standards for what they prefer on their site. What does this mean for you? Well, for marketers, you need to make some changes if you’re looking to stay connected with friends and family and continue to grow your audience on Facebook.

How do you do this?

Related Article: 25 Facebook Metrics That Are Worth Tracking in 2022 for Successful Campaigns

Facebook is still in the process of rolling out algorithm changes that introduce a greater level of human oversight and control. Facebook’s goal with this change is to crack down on the spread of misleading and divisive opinions. Facebook’s objective is to make sure that users see content that reflects their own beliefs and opinions and find ways to combat potential misuse in ways that we previously could not.

The changes in the algorithm make it harder for the platform to be used to manipulate people and deliver false information. We have listed down some ways you can outplay the Facebook algorithm in 2022 to run successful campaigns & increase engagement & leads.

Schedule your content and relax while the best social media management tool takes care of the rest.

Facebook has gone through a lot of changes to make it work better for everyone. From the shift in the news feed to prioritize posts from friends to improving the search feature and more.

Still, Facebook is working on rolling out updates to its algorithm to promote more engaging content. With this in mind, your posts might likely take longer to be seen, making it even more important to post engaging content. However, stay focused on your business objectives and make sure you use the right content to improve your rankings. 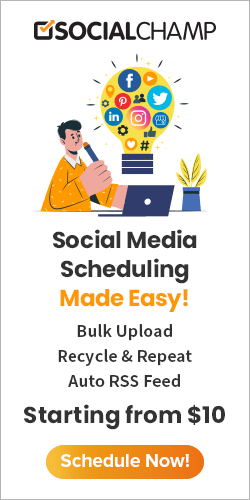 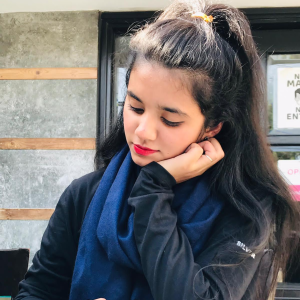 I am a part of the #ChampFam designated as a junior content writer who likes to write with a side of coffee. Other than spending a whole lot of my time on social media, I also like to watch a gazillion horror movies. I am a shoe enthusiasts and I am always on the lookout for fun sneakers! Hit me up for anything (including fun shoe suggestions) at [email protected]

3 thoughts on “Inside the Box of the Facebook Algorithm 2022 and How It Works?” 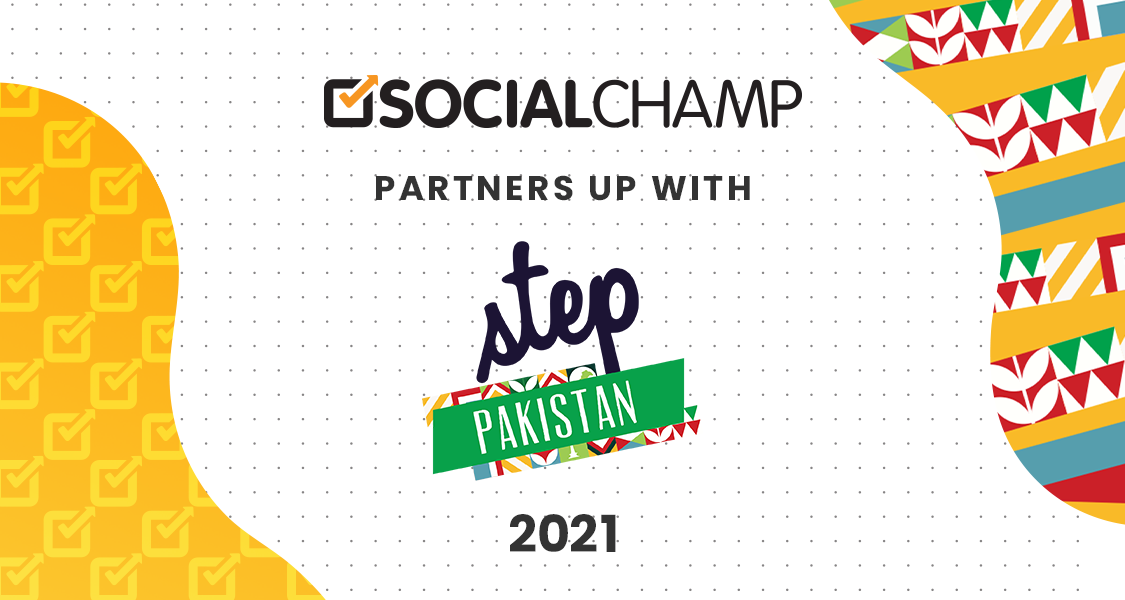 Social Champ is proud to be a media partner of Step Pakistan 2021, a conference organized by Step Conference, the leading exhibition and conference for innovative startups and 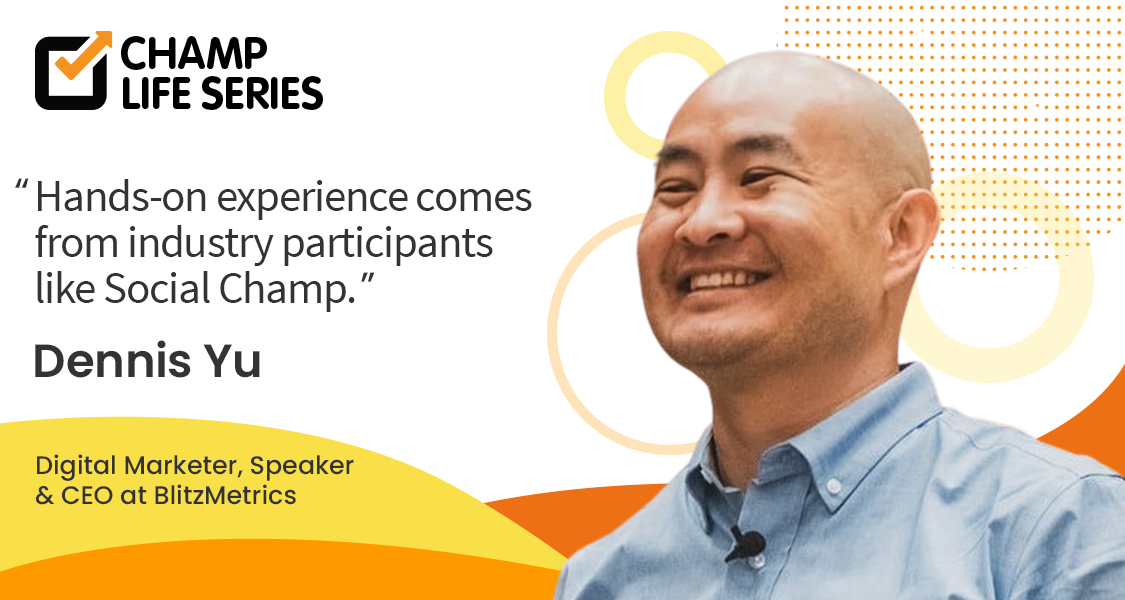 We are super happy to have Dennis Yu on board with us, a digital marketing expert from before it was a mainstream profession like it is now. He 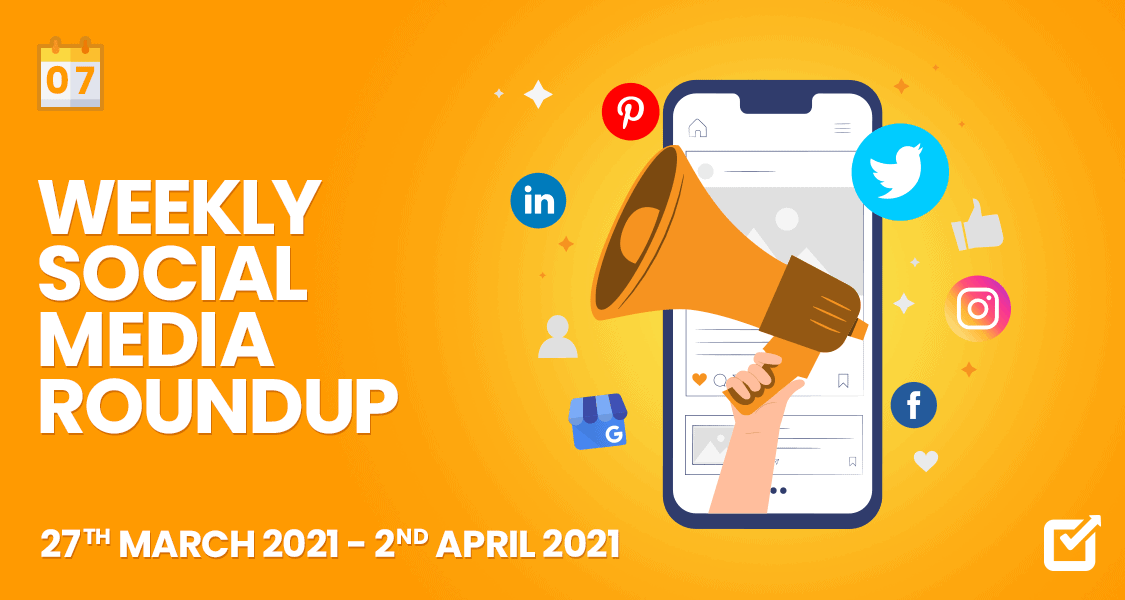 Weekly Roundup Blog: TikTok Tops The Charts At The End Of Q1 And Much More!

It’s Friday again, and we are back with the latest news from the social media world. Have a glance over the highlights LinkedIn’s new profile features YouTube is